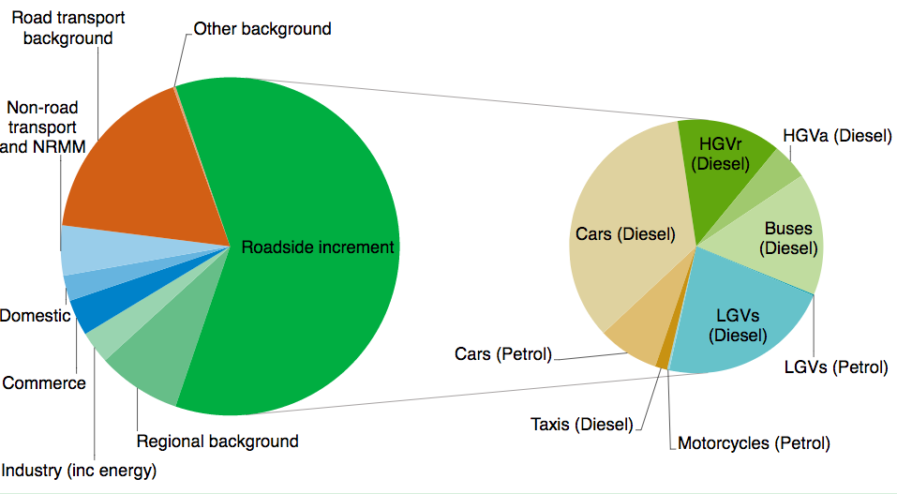 The Government recently published its latest draft Air Quality Plan for reducing nitrogen dioxide (NO2) in towns and cities. This followed loss of a court case in which the previous Plan was found wanting, particularly by not fully recognising the poor on-the-road emission performance of diesel cars, despite their seeming compliance with regulatory requirements in laboratory tests. This latest Plan has been criticised as inadequate by many protagonists and press commentators.

The starting point is that road transport is by far the largest contributor to NO2 pollution in the 40 local authorities in England where the statutory limit values are exceeded. London has much the highest level – mean annual concentration in excess of 100 μg/m3, compared with the statutory limit of 40 μg/m3.

The most cost-effective – indeed the only worthwhile – approach to mitigation is through establishing Clean Air Zones (CAZs) where targeted action is taken. The 2015 Plan proposed CAZs in London and 5 other cities. This 2017 Plan extends coverage to 27 in all, reflecting updated assumptions about diesel emissions.

A key issue is whether a CAZ should require that the more polluting vehicles be charged for entry. For locations where NO2 levels are only modestly in excess of the legal limit, measures other than charging may suffice. Nevertheless, the Technical Report models the impact of charging in all 27 cities, which would involve set-up costs of £270m. For 12 of these, charging could be limited to public service and goods vehicles, but for 15 it would need to extend to cars not compliant with the latest Euro 6 diesel standard. The main impact of charging is assumed to be a two-thirds reduction of trips by non-compliant cars. A charging CAZ is projected to result in an 18% reduction in NO2 levels in the first year of impact.

A variety of other measures to reduce NO2 levels are considered in the Report. One approach that has attracted much support is for a scheme to offer payments to owners to scrap older polluting vehicles. The Report states that a national scheme to scrap all pre-Euro 6 diesel cars and vans could cost £60 billion. A scheme limited to replacement by battery electric vehicles assumes that only 15,000 vehicles would be scrapped.

The Report does not consider targeting by area, for which London would have a strong case for funding given the high NO2 levels, although this would be politically contentious. High mileage polluting vehicles would be the target. However, the difficulty is that the oldest vehicles tend to be both most polluting per distance travelled but least used, and owned by low-income households for whom the cash incentive would need to be high. So a well-targeted scrappage scheme seems hard to devise.

Transport for London is consulting on an Ultra Low Emission Zone (ULEZ) – effectively a charging CAZ – to cover the same area as the Congestion Charge. Non-compliant cars and vans will be charged £12.50 a day, which will apply 24/7 from April 2019. This is in addition to an emissions surcharge on top of the congestion charge for pre-Euro 4 cars and vans of £10 from October 2017. There is also a London-wide Low Emissions Zone in operation since 2008 that charges polluting heavy diesel vehicles.

On introduction, the ULEZ is projected to reduce the proportion of road kilometres exceeding limit NO2 values in Central London from 82% to 70% – a moderate air quality benefit but far from sufficient. This suggests that the charge and/or scope may need to be increased in future.

Introducing the ULEZ is relatively easy in London, given the existing of the Congestion Charge arrangements for payment and enforcement. Other cities needing to adopt a charging CAZ could adopt the technology used by London, in which case it would be natural to use it for congestion charging, both to manage peak demand and to raise revenue for investment in local transport. If 27 cities have such arrangements, this constitutes the nucleus of a national road user charging framework, which could be used to raise revenue for the road system as electric vehicles gradually take over, given that these do not pay fuel duty. The Government’s ambition is for all new cars and vans to be zero emission by 2040, and for nearly every car and van to be zero emission by 2050.

Seeing charging CAZs as a precursor to general road pricing would be contentious. This may be why the Government wished to delay publishing its draft Air Quality Plan until after the election, and why in the published consultation document the Government has been coy about charging, stating: ‘The Government believes that charging zones should only be used where local authorities fail to identify equally effective alternatives.’ The analysis presented suggests that the alternatives are unlikely to be sufficient.

The present objective is to reduce NO2 emissions to below the statutory limits specified in the EU air quality directive. However, Britain is to leave the EU, which may open other possible approaches, for instance setting policy targets expected to be achievable with available technologies and resources, balancing benefits against costs. In the long run, the problem of transport NO2 emissions will be solved by switching to electric vehicles – which arguably should be the policy priority.

This blog is the basis for a Viewpoint article in Local Transport Today of 26 May 2017. 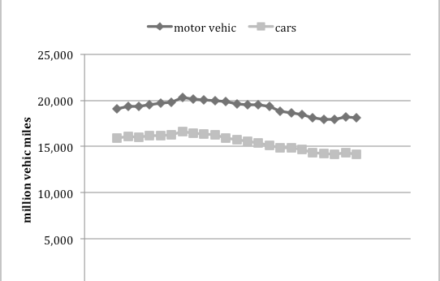