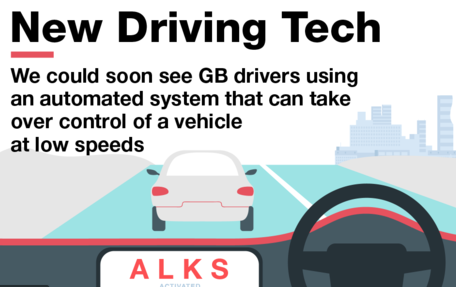 The Department for Transport (DfT) is consulting on a new aspect of vehicle automation – the Automated Lane Keeping System (ALKS) . Already available are advanced driver assistance systems that include adaptive cruise control and lane keeping, to govern longitudinal and lateral movements, respectively. Inclusion of both would amount to SAE Level 2, referring to the generally accepted categorisation of vehicle automation.

The consultation concerns a proposal to permit a move to SAE Level 3, by relieving the driver of a light vehicle of responsibility for longitudinal and lateral control at speeds of up to 60 kph (37 mph) on motorways. This would allow drivers to attend to other tasks in heavy, slow moving traffic on modern roads not used by cyclists and pedestrians.

DfT hopes that automation will make roads safer, given that 85% of road collisions in Great Britain that result in injury involve human error. However, a requirement for the operation of ALKS is that the individual does not need to monitor the vehicle if, inter alia, the vehicle can ‘avoid collisions which a competent and careful driver could avoid’ (consultation document para 3.13). Presumably, moving at low speed on a traffic-congested motorway ensures that the probability of an injury accident is very low. Hence while ALKS in these circumstances would not improve safety, it would not be likely to worsen it.

The benefits to road users of low-speed ALKS are relatively modest, and vehicle manufacturers may not think it worthwhile developing this SAE Level 3 technology, with the costs involved that would need to be recovered from sales. However, the consultation raises the possibility of ALKS operation at up to 70 mph, a speed at which fatal and injury accidents occur and where a timely and effective response of the driver to a transition demand would be essential. Doubts about the feasibility of such a response deter many developers from pursuing Level 3 technology, preferring to jump to Level 4 where there is no role for the driver in a defined environment. On the other hand, Level 3 low-speed ALKS may be easier to deploy on motorways, as a first step to autonomy, than Level 4 technology at higher speeds.

The attractions for manufacturers of low-speed ALKS may depend on the prospects for eventually offering this technology for use on motorways at all legal speeds, which would be far more attractive for intending purchasers of vehicles but more a good deal more demanding technically. It would therefore be important for DfT to indicate the likely safety requirement for all-speed ALKS. This would need to be more stringent than the ‘competent driver’ requirement, to meet both high public expectations for transport safety when individuals are not in charge of a vehicle, as well as the aim that automation should make roads safer. 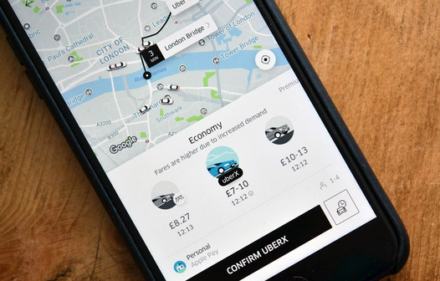